Text only | Text with Images

I came across a YouTube video about a very expensive pixel tree (Santa's Best 360 LED Tree) that was always failing because of a bad controller, but lights were fine. The video showed how they swapped the controller for a cheap ws2811 one. Has anyone has seen one of these trees in person?

I found the 7ft tree for $50 here (https://www.riiishop.com/products/santas-best-360-degree-led-7-light-show-pixel-tree-w-remote-timer-reg-499) (https://www.riiishop.com/products/santas-best-360-degree-led-7-light-show-pixel-tree-w-remote-timer-reg-499). It's an open-box return item.

Could this tree be modeled in xlights? Seems like an incredible deal for the price. 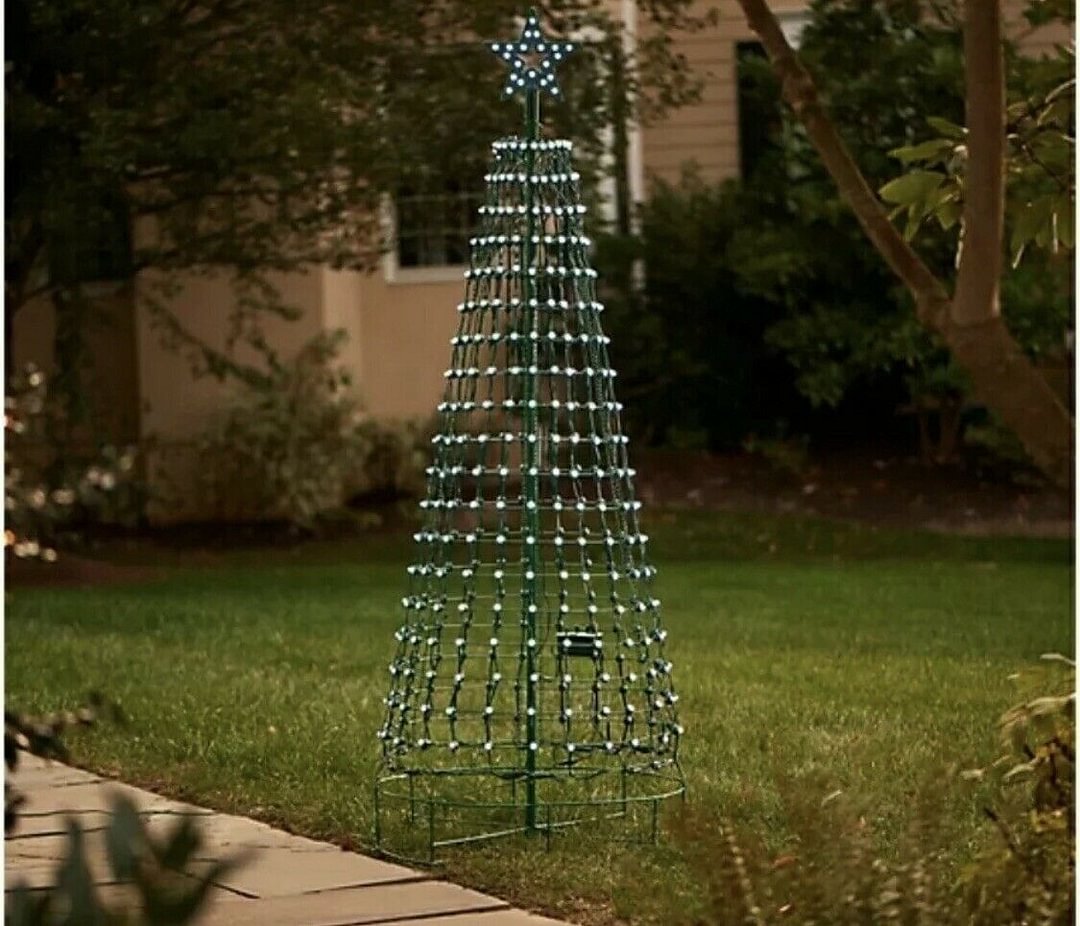 One commenter on the video was very unhappy with the quality of his tree. Not weather proof. Lots of failed data lines.

The manufacturer switched from a 3 wire design to a 4 wire design, with 2 data lines in later a revision of the tree (one is a backup). Not sure how I would deal with a 4 wire tree. I only have knowledge of 3 wire ws2811. Not sure 4 wire even works with ws2811.
Title: Re: Santa's Best 360 LED Tree
Post by: tbone321 on November 17, 2021, 05:14:43 PM
Looking at the tree in the video, that one appears to be wired correctly and as long as the strands are all the same size, XLights can model that tree easily.  Unfortunately, he never did any closups of the top of the tree so there is no way to know if all of the strands are the same length but it looks like they are.
Title: Re: Santa's Best 360 LED Tree
Post by: grant.simpson on May 06, 2022, 04:46:02 PM
I actually have a couple of these trees.  Fry's electronics was selling them at a heavy discount when they closed in Phoenix.  The LEDs in the star aren't RGB. they are just cool white.  There are as many LEDs per row at the top and bottom, sort of a classic mega tree layout (only shorter).
Text only | Text with Images
Powered by SMFPacks Menu Editor Mod